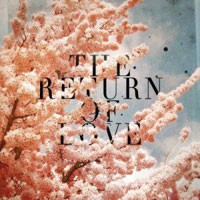 Almost four years after the first album Californian duo Simon and Dan aka Woolfy Vs. Projections bring us “The Return Of Love”. The Album continues the story of “Captain Starlight", with the astronaut returning to earth after his odyssey in space, finding his lost love and releasing all that was. With its blend of psychedelic west coast rock, disco, and Balearic, “The Return Of Love” is a source of pure excitement.

“The Return Of Love” was conceptualized in the Californian Big Bear mountains. 'We packed up a grip of analog keyboards, pre-amps , laptops and fine ales and boarded ourselves up in a log cabin for a couple of days.' The influences on the album oscillate between the likes of Wings, David Crosby, Bryan Ferry and today’s disco leaving the boundaries of electronic music far behind them. In fact, Woolfy Vs. Projections have recorded a sometime modern west coast psychedelic soft-rock album with “The Return of Love“. Packed with proper songwriting, dreamy synth washes, chugging rhythms and a combination of electronic and acoustic instrumentation, this is an essential album for Balearic types.

Simon James aka Woolfy emigrated from the rainy shores of the UK to sunny California around the same time the biggest beard of all disco beards, DJ Harvey, headed to the Golden State. Both share a particular passion for dirty disco 12”s from 73 - 84, a bit of English punk, pub funk and booze and therefore it was only logical that the two began to cooperate in some fields: whether Harvey was playing in Woolfy’s bar or Simon was helping Harvey out in the studio for some of his remixes. Then Simon met his partner in crime, Dan Hastie, over ten years ago in a bar (where else) in Los Angeles and this is how they got acquainted: A pint? Ay, a pint will do fine … You make music, I make music, let’s make music!

Their first release, back then under the name Projections on Chicago’s Guidance Recordings was “Kingsburg”, a track that appeared on many compilations, including the one by house legend Tony Humphries at Fabric. From there, the full-length “Between Here & Now” was released. It made serious waves in the electronic scene and definitely put Projections on the map. After that Dan became heavily involved in many projects such as the funk outfit Orgone, Connie Price, The Keystone and The Lions just to name a few. Simon on the other hand, focused on a solo project under the name Woolfy, which was followed by a Woolfy / Projections split single on DJ Spun’s Rong Music and by an album on DFA records. In 2008, Simon and Dan joined forces again to release their first LP as Woolfy vs. Projections “The Astral Projections Of Starlight “ on Permanent Vacation. It was a concept album based on the adventures of the lost astronaut Captain Starlight, who is the hero in a Zazu track, a notorious Balearic rock classic, which also set the bench mark for the sound of Woolfy vs. Projections: A deep Balearic twilight vibe combined with spaced out house, dubbed disco, beard rock and a heavy funk bounce. The three singles from the album “Abysnth” (described by Resident Advisor as “Air covering Steely Dan“) , “The Return Of Starlight “ and “Neeve“ became modern classics of the genre.