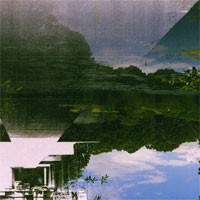 Debut single from this Leeds via Manchester via London duo on the fledgling O Genesis Recordings label.

Replicas, Helena Gee (vocals/ guitar) and Ashiya Eastwood (vocals/ guitar/ keyboard), formed at the end of last year and have been quietly building a growing fan base around the country with their enchanting slant on moody, yet melodic pop.

Produced by Tim Burgess, the new single is a three track EP featuring ‘Hearts Beat’, ‘In The City’ and Disappear’.