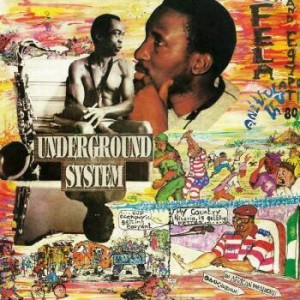 By the time of these recordings Fela Kuti was HIV positive, drug addicted and had been brutalised by continual imprisonments and beatings at the hands of the Nigerian authorities. Over a fifteen year period he had sung about injustice, persecution, the downtrodden and the poor. He championed everyman's right to a decent life, decent education and freedom from intolerance. He had his all too obvious faults but his music remains a testimony to a performer justifiably known as the 'King of Afro-beat'. The last album of newly recorded material to be released during Fela’s lifetime, 1992’s ‘Underground System’ is an outstanding swansong. While Fela’s recorded output slowed up as the 1980s progressed - largely as a result of ongoing arrests, beatings and jailings - his final years of recording produced some of his strongest work, notably ‘Teacher Don’t Teach Me Nonsense’ (1986), ‘Beasts Of No Nation’ (1989), ‘Overtake Don Overtake Overtake’ (1990) and ‘Underground System’.

Randolph BakerGetting Next To You