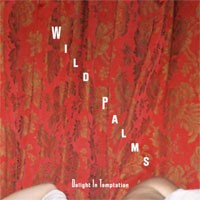 Wild Palms release new single ‘Delight In Temptation’, hot on the heels of their long awaited debut album ‘Until Spring’.

Both single and album are produced by Gareth Jones (Grizzly Bear / Depeche Mode / These New Puritans), and ‘Delight In Temptation’ is Wild Palm’s most anthemic, euphoric glo-fi moment yet.

According to singer Lou Hill, the song works from the hypothesis that “carnality is an inescapable part of our nature and (we should) embrace it as a pleasurable facet of our lives - celebrate it rather than view it as something of a sin”.