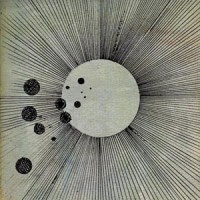 Looking back, Flying Lotus’ full-length Warp debut, "Los Angeles" appears to be much more of a mission statement than a simple introduction – laying the foundation for a field on which an entire generation of artists would soon be playing. While that album was an introspective, moody travelogue through the Californian metropolis, it certainly hinted at his inclination to expand his sound beyond terrestrial means. As you may deduce from the title of his latest opus, he’s done just that. Not only has an entirely new range of sounds been unlocked by our intrepid astral traveler, but every genre touchstone associated with his name has been merged into a self-described 'space opera'. Seamless in execution and too wide in scope to properly describe, it's the authentic embodiment of his unique musical heritage. The spirit of his famed aunt, Alice Coltrane permeates the record, notably in the powerful collaborations with relative Ravi Coltrane, bass virtuoso Thundercat and the brilliant harp prodigy, Rebekah Raff.

Certainly these are further reaches into a musical space that Flying Lotus had hitherto been exploring, however other collaborators such as Erykah Badu and Outkast string arranger Miguel Atwood-Ferguson and guest vocalists Thom Yorke and a returning Laura Darlington (featured on "Los Angeles"’ epic closing track "Inifinitum") help deliver "Cosmogramma" to dizzying new heights. All this name-dropping, however, is not to detract from the genius of the wizard-like figure behind it all. The most powerful aspect of FlyLo’s output has always been its ability to communicate his boundless love and enthusiasm for music in all its forms and that is what is boldly on display here.

People speak about ‘important’ albums all the time, but rarely is it so apparent that person behind them is following their own, chosen path – Flying Lotus is one of those precious few artists. When one is presented with an invitation for space travel, it’s not something to pass up.

Paul WhiteSounds From The Skylight