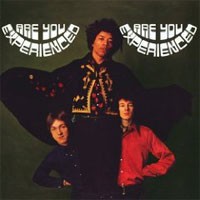 Jimi Hendrix's debut recording was an instant classic, and is as startling today as when it first hit the streets in 1967. "Are You Experienced?" is probably the most rock-oriented of Hendrix's official studio releases, but its influences are incredibly diverse. "Third Stone From The Sun" recalls the supple octaves of jazz guitarist Wes Montgomery; the churning Afro-Cuban polyrhythms of "Manic Depression" evoke John Coltrane and Elvin Jones; "I Don't Live Today" employs ritualistic Native American drum beats; and the title tune borrows the Eastern airs of sitarist Ravi Shankar.

Mitch Mitchell and Noel Redding blast away with a barely controlled fury, and there's a distorted metallic edge to Hendrix's guitar timbre that has made "Are You Experienced?" a particular favourite among rock and heavy-metal guitarists. "Purple Haze" and "Foxy Lady" helped define the power-trio format, thanks to Hendrix's full-bodied rhythm guitar and his soaring solos. "Are You Experienced?" also established Hendrix as a singer-songwriter. His Dylanesque vocals and spacey imagery make each tune a little gem, especially on gentle outings such as the ballad "The Wind Cries Mary".