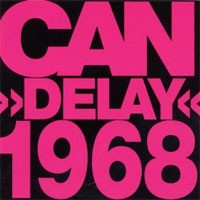 Although recorded in the late 60s, the material included on "Delay 1968" did not appear commercially until 1981. A collection of cuts featuring early vocalist Malcolm Mooney, these seven songs are among the very first Can ever recorded. As an early insight to the future sound of the krautrock legends this features some essential tracks like "Thief", "Butterfly" and "Uphill".

Mine says: If you have always found Can a little too weird and don't know where to start, this one's for you. Delay 1968 is a brilliant but very approachable album by the German Krautrock pioneers. It is by far my favourite and I have yet to play it to someone who doesn't like it!