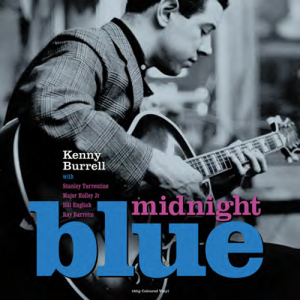 The first thing that strikes you about Kenny Burrell’s second Blue Note album, Kenny Burrell, is the cover, which features an illustration by Andy Warhol. The second is the striking music, which is drawn from four different sessions recorded in 1956 with the guitarist featured in a variety of settings.

This mono Tone Poet Vinyl Edition was produced by Joe Harley, mastered by Kevin Gray from the original analogue master tapes, pressed on 180g vinyl at RTI, and packaged in a deluxe gatefold tip-on jacket.