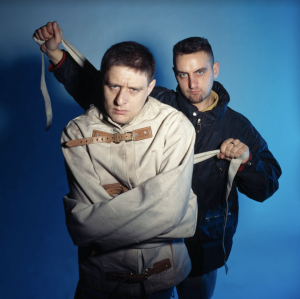 Happy Mondays release this special 7" in memory of their legendary bassist Paul Ryder, who tragically passed away earlier this year. The 'Tart Tart’ limited edition 7” contains the original of the track, which originally appeared on Happy Mondays 1987 debut album Squirrel and G-Man Twenty Four Hour Party People Plastic Face Carnt Smile (White Out) and was produced by John Cale. On the B-Side is a live version of the track from a BBC John Peel session.

Paul’s brother, Happy Monday’s vocalist Shaun Ryder comments: "This special release of Tart Tart showcases the unique musical talent of our brother Paul Ryder who passed from this world ... we will all miss you Horse...he brought the funk and the rock n roll to Happy Mondays … love you long time R kid”

All profits from the release will be donated to Music Cares, a charity chosen by Paul’s daughter Amelia, who comments: "Music Cares is a charity that helps people in the music industry who are struggling with addiction issues. 14 years ago, Paul was given help and support from the organization who helped fund extended outpatient care and therapy that enabled him to have 14 subsequent happy and productive years. Just two weeks ago he mentioned them in an interview and often expressed his gratitude and desire to pay their support forward so others could be helped too.”

Laura says: In the late 80s The 'Monday's released a handful of 12" singles on Factory Records, combining indie guitars with a loose, funky swagger, topped with Shaun's mad, stream of consciousness lyrics delivered with his distinctly Salfordian bark. Paul Ryder's guitar grooves were the backbone of songs like "Delightful", "Freaky Dancing" and this track, "Tart, Tart" which went on to influence the whole Madchester thing, and well, you know the rest....