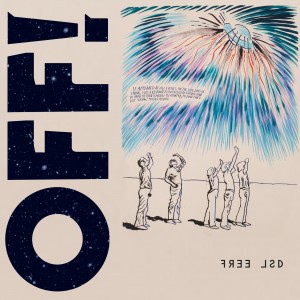 The band’s powerful new rhythm section: bassist Autry Fulbright II (...And You Will Know Us By The Trail of Dead) and drummer Justin Brown (Thundercat, Herbie Hancock) accompany the release. The injection of new energy into the band’s signature high-anxiety hardcore is palpable and volatile, adding a new swing to the music’s incendiary thrust.