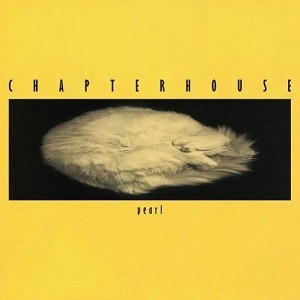 Leading up to the release of their 1991 debut studio album Whirlpool, Chapterhouse released the single “Pearl” as the album’s only single. It reached #67 on the UK Singles Chart and remains one of their biggest hits. The track also features backing vocals by Rachel Goswell, who is the vocalist of Slowdive. The 12” of Pearl features two non-album tracks in addition, “Come Heaven” and “In My Arms”. Both were solely included on the 1996 compilation Rownderbowt.