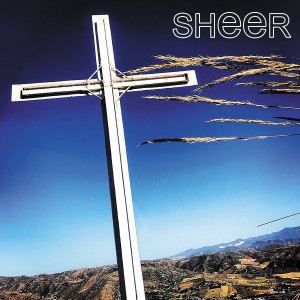 Featuring Andre Innes, Martin Duffy & Darren Mooney of Primal Scream. “In 2018 after a particularly messy session involving Pacharan, a Spanish version of Pernod, the name and then there were four was bandied around as my fellow travellers fell by the wayside, sounded like a Spaghetti western…and the idea was hatched. We began recording in Artesonao studios in Malaga, myself and Ed Chapman, a renowned English artist, we were ably assisted by Rachel Hewitt on violin we recorded a dozen or so tunes in a week.

We recruited the services of Darrin Mooney and Martin Duffy of Primal Scream on drums and keys, Andrew Innes of Primal Scream assisted on additional guitars, celeste and bells…lots of bells. Robert McGovern came out to Malaga to play on a few tracks also. We had the voice of Justine Petty – Burrows a Canadian chanteuse to be a foil to my less than acrobatic voice. The record was a return to my favourite music of my youth, soaking up Dylan, Scott Walker, Tim Buckley, Tim Rose, Tim Hardin and the soundtracks of Morricone, like an old compilation tape from 1986” – Sheer Taft 2022