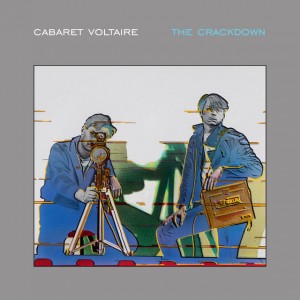 Cabaret Voltaire’s ‘The Crackdown’, as originally remastered in 2013, now reissued on Grey vinyl. Initially released in 1983, ‘The Crackdown’ was the band’s fourth album, and first after the exit of founding member Chris Watson. The album fuses their earlier experimental records with the electronic dance-funk sound that would become more prominent within their subsequent releases and includes the magnificent haunting single ‘Just Fascination’.

The significance of ‘The Crackdown’ has grown over the decades, also enlisted in NME’s best albums of 1983.

“…true, unflinching pioneers of electronic music” – Loud & Quiet
“…The Crackdown alone will serve to change some opinions of the Cabs' tenure in the majors.” - The Quietus
“One of Cabaret Voltaire's strongest albums…” - All Music