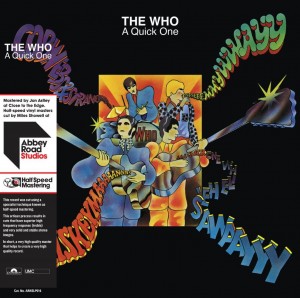 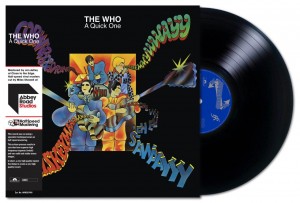 The follow up to My Generation, A Quick One was released in 1966, it contains the experimental music Suite (a nod to Rock Operas that were to follow) A Quick One While He’s Away, famous for being performed at the Rolling Stones Rock N Roll Circus.

The album contains songs such as Boris the Spider, are Don’t Look Away and has been mastered by long time Who engineer Jon Astley from the original tapes and is packaged in original sleeve with obi and certificate of authenticity.

SIDE 1
Run Run Run
Boris The Spider
I Need You
Whiskey Man
Heatwave
Cobwebs And Strange
SIDE 2
Don't Look Away
See My Way
So, Sad About Us
A Quick One, While He's Away