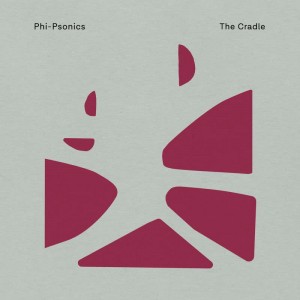 Phi-Psonics is a meditative, immersive instrumental group from Los Angeles, led by bassist Seth Ford-Young and featuring Sylvain Carton on woodwinds, Mitchell Yoshida on electric piano, and Josh Collazo on drums. Their deeply soulfulmusic draws on jazz and classical influences together with Ford-Young's own musical experiences, relationships, and his introduction to spirituality, yoga and philosophy at a young age, to create something uniquely its own. Phi-Psonics' name and ultimate aim is to find 'Phi' – the golden mean – in art, nature and self. Ford-Young explains:

"It's a bit of a cliché, but music saved my life many times and instilled in me a belief in the great power of healing through art. It is my hope and intention that this music provides healing to someone somewhere."

Originally from Washington DC area, Ford-Young moved to California in the early 90s and fell in love with the deep sounds of the upright bass and the music of Charles Mingus, John and Alice Coltrane, and Duke Ellington along with Bach, Chopin, Pärt, and Satie. He immersed himself deeply in music and keen to learn combinedintense personal study with collaborations, tours, and recordings with artists such as Tom Waits, Beats Antique, and John Vanderslice. In 2010 he moved from the San-Francisco Bay area to the Los Angeles hills and continued his explorations. But great music is rarely just about music and Ford-Young's meditative, soulful music draws on more than just the twin wellsprings of jazz and classical music:

"My mother was a yoga teacher from the early 70's until recently and taught me yoga and meditation at an early age, my stepfather is an Aikido instructor and student of the teachings of Gurdjieff. Those were all early areas of study that I came back to many times throughout my life. Phi-Psonics has been a project that unapologetically synthesizes some of these ideas into our music".

It's this mixture of influences, musical and extramusical, that gives the music of Phi-Psonics it's immersive quality and quiet power. Revealingly the music that would becomeThe Cradle, wasn't written specifically for an album, originally Ford-Young was just writing down what was coming through. As time went by and the album began to take shape, the world situation seemed to be getting darker and his compositions aim to offer hope as a response to the negative influences that abound today. Remarkably for such a beautiful sounding record, it was recorded at the composer's home, rather than in a studio, but the relaxed nature of this process gives the music an airy lightness that propels the music to some magical spaces.

Originally self-released on vinyl in a limited run just as the world went into lockdown, The Cradle reached Matthew Halsall (founder of Gondwana Records) when he aws looking for music for his Worldwide FM show and he was blown away, hearing a kindred spirit at work. Halsall explains:

"Phi-Psonics make beautiful, humble and honest music, it's not showy, but it has a deep vibe that will elevate your mind and soul if you let it. When we heard The Cradle we reached out and are really super delighted to welcome Seth and his band to our label". Whereas for Ford Young: "Connecting with Matthew and the Gondwana records family has been a light in the darkness of the last years - to have my music make connections even as we are more isolated."

Ford-Young is currently putting the finishing touches to the second Phi-Psonics record, but aware that only a select few had heard The Cradle, let alone had the chance to buy a copy, and entranced by its deceptive simplicity and elevating energy, Halsall suggested that Gondwana present the album as a remastered 'deluxe edition' with an extended running time featuring extra tracks and new artwork from Daniel Halsall.

The Cradle starts with First Step, perfectly setting the tone for the whole album, it is a beautiful, soulful slice of musical calm gently propelled by Ford-Young's resonant bass and elevated by sublime flute and Wurlitzer electric piano solos. The seductive title track The Cradle was written way back in 2011 during a time of great personal change that led the composer to a feeling of newness and nurture. The magical, winsome Desert Ride is inspired by many rides through the grandly cinematic Mojave Desert. You can experience how incredibly full of life it's harsh landscape is if you slow down to its tempo. The gentle, sublime Mama is a tribute to mothers of all kinds, beautiful and heroic. Drum Talk was largely improvised, Ford-Young and the band agreed on a topic and recorded their conversation. Choosing their notes based on how Josh's drums were tuned. Like Glass is named for the special properties of Glass. Like some music, glass is delicate, yet has structure. The first of the two bonus tracks Still Dancing was written during the early days of 2020 in response to the challenges we all were facing then. It's a reminder that the figurative dance continues and that real dancing is essential. And the second, The Searcher, also written as a response to 2020, is a gently hypnotic song about the introspection and growth that can spring from a difficult situation.

This then is The Cradle, a quiet self-contained masterpiece, life-affirming and elevating in equal measure and the first offering from a wonderful new voice in spiritual jazz and the latest members of the global Gondwana Records family.

Millie says: Gondwana label new-comer Phi-Psonics fit right in with the instrumental, ambient Jazz scene. It’s gentle and soulful collection of works that draws you in to feel meditative and calm. A shining beacon of light and calm in these increasingly worrying times, an evening spent listening to this is all that’s needed.