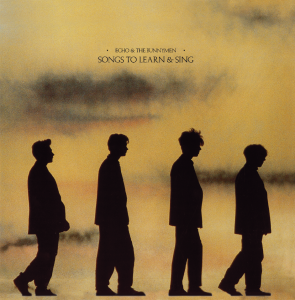 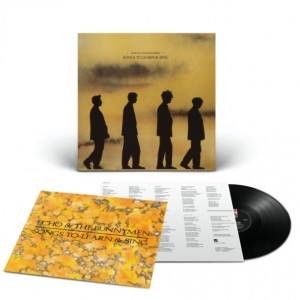 Echo & The Bunnymen’s first best-of compilation Songs To Learn And Sing is back on vinyl for the first time since its original release in 1985. The album is a comprehensive collection of the band’s first four albums, from their second single Rescue, to The Cutter and the anthemic The Killing Moon. It also includes Bring On The Dancing Horses, originally released in conjunction with Songs To Learn & Sing back in 1985. It arrives back on vinyl as Echo & The Bunnymen go back on tour to celebrate 40 years of magical songs throughout 2022.

ECHO & THE BUNNYMEN were formed in Liverpool in 1978 with Ian McCulloch on vocals and rhythm guitar, Will Sergeant on lead guitar and Les Pattinson on bass. They were soon joined by Pete De Freitas on drums and the rest, as they say, is history. By the time of Songs To Learn & Sing original release the band were a force to be reckoned with, pioneering the post-punk, new wave scene with four highly acclaimed studio albums.