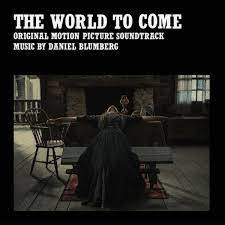 Daniel Blumberg has composed an enchanting new original score for Mona Fastvold’s critically acclaimed The World To Come. The film premiered at the 77th Venice Film Festival 2020 and was released in UK cinemas during Summer 2021. Highlighted as “a marvelous score” in Variety and “powerfully moving” by The Film Stage, the score includes the title track featuring Josephine Foster. Blumberg enlisted the talents of an ensemble of radical, internationally revered musicians, whilst the score was co-produced with world-renowned producer Peter Walsh (Scott Walker).