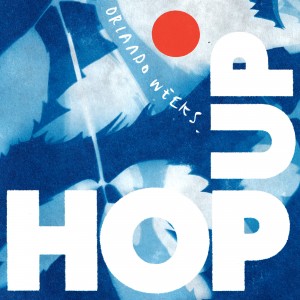 Arriving in the wake of his critically acclaimed debut solo album ‘A Quickening’, Week’s forthcoming record once again leans into themes of new life & parenthood, but whereas his previous work catalogued the emotions, expectations and anxieties that accompany imminent parenthood, Hop Up is an altogether more joyous and life affirming statement.

Weeks notes “It started with the idea of wanting to fill in some of the blanks that I felt I had left with ‘A Quickening’, but quite quickly it turned into something broader. The choice was always to take the more positive and uplifting sounding step. Perhaps it shouldn’t have, but as an approach it felt surprisingly novel to me.”

Barry says: Hop Up is an unashamedly upbeat and undeniably lovely collection of synth-pop abstractions and a wonderful testament to Weeks' abilities as a songwriter. 'Look who's Talking Now' mixes 80's pop groove with crisp production and swimming, echoic bliss.