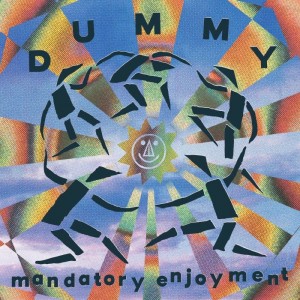 LA-based Dummy signs to Trouble in Mind for the release of their new album! Dummy refuses to slow down. After releasing two cassette EP’s in 2020 (on Popwig and Born Yesterday respectively), Dummy’s debut full-length album arrives via Chicago’s Trouble in Mind Records. Employing pummeling guitars and celestial ambience within the same breath, the band folds a myriad of reference points into their drone-pop style. Influence from ’60s melodicism and ’90s UK noise pop can be found woven in with inspiration from spiritual jazz, Japanese new age, and Italian minimalism. Dummy dodges the brooding, dark, dramatic tropes of contemporary “artistic” music often found in punk, experimental, and electronic, instead insisting on joyous and euphoric sonic palettes.

They refuse to be artistically stagnant, continuously shifting their approach to writing across 12 tracks. Shaped by performances around Los Angeles in 2019, songs like “Daffodils” and “Fissured Ceramics” feature relentless driving energy and ample psychedelic noise. Elsewhere, Dummy counterbalances the aggression with meditative synthscapes focused on sound design and studio experimentation, like on the motorik “X-Static Blanket”. Finally, centerpiece “H.V.A.C.” and the album’s final track, “Atonal Poem”, seek to synthesize these two poles, offering multi-part journeys through uncharted sonic territory. In contrast to blissed-out instrumentation, Dummy’s sardonic lyricism examines “the burden of modern life, consumerism, environmental collapse, alienation, and other anxieties born out of living in this absurd moment in history”. Interior design, marine pollution, the psychology of commercial architecture, and nuclear testing are all featured subjects.

Dummy’s restless creativity keeps them moving ever-forward, continuously challenging themselves and pushing their sound into exciting and exhilarating places. This is – as the album title suggests – “Mandatory Enjoyment”. "...the album’s lead single finds Dummy at their most immediate, riding an urgent textural wave directly into the core of the melting sun." Post-Trash // "It's sort of a conversation, more of a comparison of opposite viewpoints. It's about how easily vanity can take precedence over the greater good. It's about putting on your bucket hat and stepping out into the wilderness, carelessly taking natural beauty for granted and then hopefully falling off a cliff."Dummy