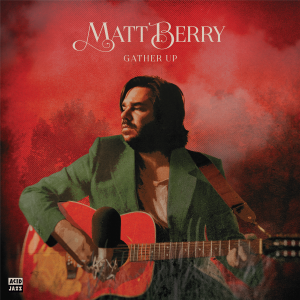 Following the huge acclaim earlier this year for Matt Berry’s eighth studio album The Blue Elephant, Acid Jazz Records release Gather Up, a compilation album encompassing the singular musical adventures this extraordinary musician has taken over the past decade, offering a revelatory and fascinating insight into the working process of a genuine musical maverick and sonic explorer.

Over 10 years with Acid Jazz Records Berry has released nine incredibly diverse albums (including one live album). From the tangled-folk rock thickets of Witchazel and Kill The Wolf (which features the song from which this box gets its name), to the out-there explorations of Music For Insomniacs or TV Themes’ retro-kitsch delights, through the soul power in Matt Berry & The Maypoles Live or the twilight grooves of The Small Hours to the classic pedal-steel songwriting of Phantom Birds and the smorgasbord of psychedelic sounds on The Blue Elephant, Berry’s journey has produced a feast for the ears that twists and turns down more unexpected avenues than most artists could manage over several careers.

Gather Up pulls together an excellent 21-track career spanning collection expertly compiled by Berry, available as a separate, standalone release on 2LP or single CD, including non-album tracks such as ‘Snuff Box Theme’. No easy achievement considering the sheer breadth, diversity and volume of his exceptional musical output.