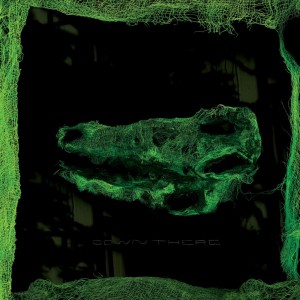 ‘Down There’ is the debut solo album from Animal Collective member Avey Tare.

Recorded in 2010 at the Good House, an old church in upstate New York, with fellow Animal Collective band member Deakin.

‘Down There’ is a world of nine songs from Avey Tare. His first official solo full length carries you through a murky world of sound, an alien death world of soul grooves that is both honest and otherworldly.

Take a ride on this haunted boat and let yourself be guided through deep sloshy rhythms, waterlogged bass and moonlit breaks in the canopy that reveal a crisp crystalline pop buzz.