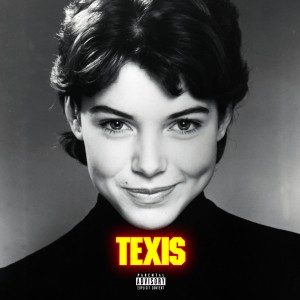 Sleigh Bells’ sixth album Texis is the sound of the duo letting go of all hang-ups and inhibitions and allowing themselves to embrace making the sort of loud, colorful, genre-melting music only they could make. “We stopped worrying about whether or not we’re in or out of our comfort zone, or if we were being repetitive or formulaic,” says guitarist and composer Derek Miller. “In the past we were pretty obsessed with tearing up the rule book and starting from scratch for every record as a means to do something new or different,” he says. “For Texis we didn’t worry about any of that stuff, we just pushed the first domino and hoped that something exciting and inspiring would happen.”

That first domino would be “Justine Go Genesis”, a song that lands at the unexpected intersection between Metallica, Spice Girls, and ‘90s drum and bass. The wild maximalism of the track opened the floodgates for the songs to come, like the exuberant cheerleader metal of “Locust Laced” and “Tennessee Tips,” which whips dramatically between thrash riffs and spacey shoegaze sections. Miller and Sleigh Bells singer and co-writer Alexis Krauss didn’t go “back to basics” by emulating the sound of their landmark debut Treats, but they did reconnect with that record’s brash, speaker-rattling energy. The result is an album that’s the most fully actualized version of the band, merging the more refined pop craft and deeper emotional palette of their 2016 album Jessica Rabbit with the dopamine-blasting bangers of their earlier days.