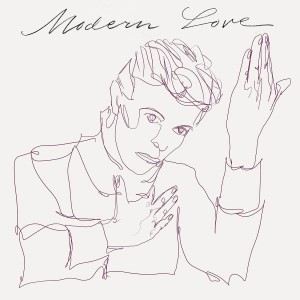 BBE Music is thrilled to announce the release of Modern Love, a diverse compendium of specially commissioned cover versions of rarities and classics in tribute to David Bowie. Featuring an array of artists such as Jeff Parker, We Are KING, Meshell Ndegeocello, Helado Negro, Khruangbin, Matthew Tavares, Nia and more, Modern Love seeks to champion Bowie’s lesser-known connection to soul, R&B, jazz, funk, and gospel. The prominent jazz influences throughout Bowie’s final album, Blackstar, were a key inspiration for curating this collection of reimagined Bowie songs with these artists. The resulting album is an eclectic tribute featuring a group of artists who not only fit together creatively, but who, like Bowie, straddle different worlds musically, with soul and jazz at their core. Modern Love offers a fresh look at Bowie's trailblazing career, aiming to highlight the often overlooked relationship between his back catalogue and musical genres traditionally pioneered by artists of color. The project was curated by music executive and DJ Drew McFadden, alongside BBE Music founder Peter Adarkwah. "I felt that the connection between Bowie and R&B, jazz, funk, gospel and all things soulful, had never really been explored before — at least not so much in covers, which tend to lean more towards rock and pop,” says McFadden. “Certainly, there's been plenty of Bowie covers over the years, but none that have really tapped into what seems to have been a big part of his core musical style and direction

1. Life On Mars By Miguel Atwood-Ferguson
2. Sound & Vision By Healdo Negro
3. Lady Grinning Soul By Kit Sebastian
4. Soul Love By Jeff Parker And The New Breed Feat. Ruby Parker
5. Panic In Detroit By Sessa
6. The Man Who Sold The World By The Hics
7. Right By Khruangbin
8. Silly Boy Blue By Nia Andrews
9. Chant Of The Ever Circling Skeletal Family By Foxtrott
10. Move On By L'Rain
11. Tonight By Eddie Chacon & John Carroll Kirby
12. Modern Love By Jonah Mutono
13. Where Are We Now By Bullion
14. Fantastic Voyage By Meshell Ndegeocello
15. Heroes By Matthew Tavares
16. Space Oddity By We Are KING