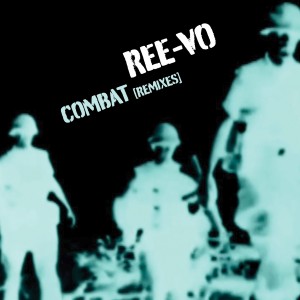 Bristol hip hop duo release their debut 12” ahead of an album in July featuring a thumping electro remix by SURGEON (Dynamic Tension/ Tresor Records) and an extended remix by Ree-Vo themselves.

The lp ‘All Welcome on Planet Ree-Vo’ due for release in July could only really have been made in one city steeped as it is in Bristol’s decades of less conventional hip hop and bass music. Tweaked and fine tuned during the summer of 2020 the record punches with a mix of red eyed paranoia to a playful future funk.

T. Relly is pure Bristol hip hop royalty – known in the community variously for his links to all of the city’s major club nights, his passion and support for the most disadvantaged (through his work with the youth and prison leavers), through to compering stages at St Paul’s Carnival and his seminal 2018 lp with DJ Rogue ‘Let Them Know’.