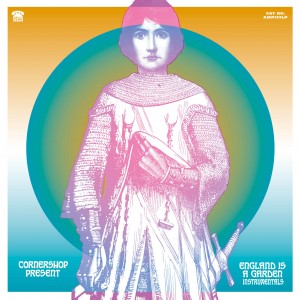 Cornershop’s ‘England Is A Garden’ - “the latest in a series of albums that have mirrored the exceptional story of the band itself” Rough Trade Shop NY.

It strides in a sunshine glow, to deliver a full listening experience, bringing songs of experience, empire, protest and humour, steeped in the way only Tjinder Singh would come with.

The new album has, at last, sparked off significant interest in the back catalogue of Cornershop, with some titles including ‘Judy Sucks A Lemon’ and ‘Hold On It’s Easy’ now out of stock. A first time on vinyl issue of the ‘Cornershop & The Double-O Groove Of’ album by Cornershop Featuring Bubbley Kaur, featuring the John Peel favourite ‘Topknot’ and BBC 6Music perennial ‘Natch’, is planned for later this year.