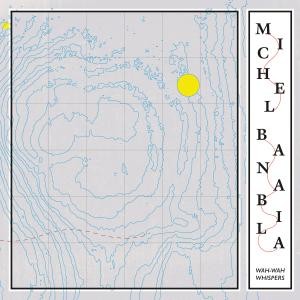 Ever since he released his music in the early '80s Michel Banabila has been hard to pinpoint to a specific genre or style. His musical output includes jazz, experimental cut-up electronics, world music (especially influenced by the Fourth World music as developed by Jon Hassell), New Age, eclectic pop tunes, music for dance or other stage projects, and soundtracks for TV. Some listeners may have found it difficult throughout the years to find their way in this versatile output.

For this particular release, Bureau B chose a different approach. Instead of archiving early works from the 1980s, Wah-Wah Whispers focuses on Banabila's more recent output. It is a collection of works showcasing many facets of his music: a journey visiting the minimal and cinematic sample scape, contemplative ambient / fourth world scenes and more. The album ends with a kaleidoscope of atmospheres gradually building up to a noise climax.