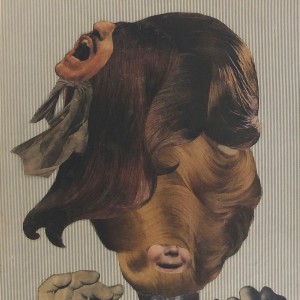 The Peacers are back with their third album. The time has been kind. Three years since they went about their sophomore release, ‘Introducing the Crimsmen’. That second Peacers record was made by the second Peacers line up, after two thirds of the first gang made for the door after the first album. In came Bo Moore, Shayde Sartin and Mike Shoun but, after they’d finished making ‘Introducing the Crimsmen’, singer Mike Donovan moved out of his old San Francisco digs to the east coast and made two solo albums.

The Peacers were consistently great no matter who they were, delivering Mike D’s irrepressible subterranean pop in a full colour spectrum of moods from purple to blue-black to sometimes white. ‘Blexxed Rec’ is a different time in the band’s life - a second album from the same line up, plus with a country in between them. Also Bo, who had one song on the last one, brought three in for this one and Shayde’s got the closing number. Suddenly, three singersongwriters under The Peacers’ flag.

The Peacers send out a mad variety of the thrills and chills of modern rock, whether glam-tinged (‘The Thunder Is an Electrical Love God’), psyched-out (‘Colors for You’, ‘Dandelion’), folky (‘Irish Suit’), riding the knife blade of post-garage fusion (‘Blackberry Est’, ‘Ms. Ela Stanyon’s School of Acting’) or pumping the winning strains of their own pure pop sound (‘Ghost of a Motherfucker,’ ‘Bic Sitar,’ ‘Make It Right’) and melting it all together.

Recorded in SF and Hudson NY with The Peacers’ production ear for small and curious detail in full spectrum, ‘Blexxed Rec’ is a blessed event for all you rock and roll people.