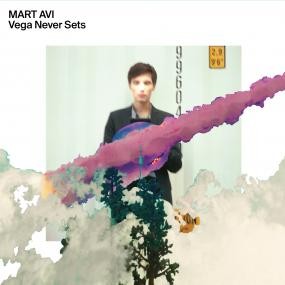 The accomplished and uniquely characteristic world-builder Mart Avi delivers his most complete body of work yet with Vega Never Sets. His fifth full-length solo release, a record of abstract soul and spectral electronic textures finds him evolving further into a state of hyperkinetism and timeless grandeur. Like the great storyteller, Mart Avi blends the familiar and comforting with the new and the unpalatable, to seduce the unawares with a bold new record that veers between folkloristic tech-noir and melodic, post-digital ballads; a movement of electronic pulses, gently held together by his finely composed worlds. Pulling at deeper contexts, he expresses an unstrained defiance of gravity through his playful character — one that is smartly dressed, charming and full of boyish anarchism. As The Quietus wrote, Avi is “like a David Foster Wallace of pop”, cerebral and hot-blooded, with plenty of fervour and a lust for living.

Patrick says: Porridge Bullet play host to Mart Avi's fifth full length solo release, revelling in every second of its uncanny beauty. Reminiscent of both the chamber pop of Dutch Uncles, James Blake's electronic ballads and the synthesised shimmer of Rex Orange County, this is Avi's most honed release to date.