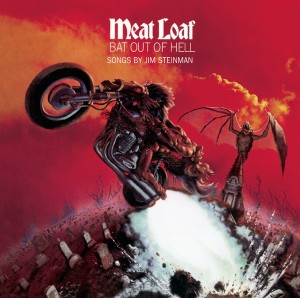 Debut studio album by American rock singer Meat Loaf, as well as his first collaboration with composer Jim Steinman and producer Todd Rundgren. Originally released October 21, 1977, Its musical style is influenced by Steinman's appreciation of Richard Wagner, Phil Spector, Bruce Springsteen and The Who. Bat Out of Hell is one of the best-selling albums of all time, having sold over 43 million copies worldwide. As of June 2019, it has spent 522 weeks in the UK Albums Chart, the second longest chart run by a studio album.

Meat LoafBat Out Of Hell II: Back Into Hell

Kings Of LeonWhen You See Yourself