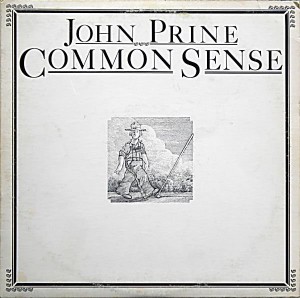 Common Sense was John Prine’s fourth studio album, and final album released with Atlantic Records before moving to Asylum. Produced by Booker T. & the M.G.’s guitarist and songwriter Steve Cropper, the album features a number of headline collaborators such as Bonnie Raitt, Jackson Browne and Glenn Fray; as well as Steve Goodman continuing to feature with Prine. Tracks such as “Forbidden Jimmy” and “Saddle In The Rain” show a slight change in Prine’s sound with Cropper’s production. The album also features a cover of Chuck Berry’s “You Can Never Tell.”

John Prine, who passed away in April, was one of the most celebrated singer/songwriters of his generation and recipient of the 2020 Grammy® Lifetime Achievement Award. Considered a true folk-singer, Prine was known for his raspy voice and equally admired for his unique songwriting ability. His career spanned over five decades, during which he created witty and sincere country-folk music that drew from his Midwestern American roots and incorporated sounds from rockabilly, R&B and rock 'n' roll.

John PrineDiamonds In The Rough