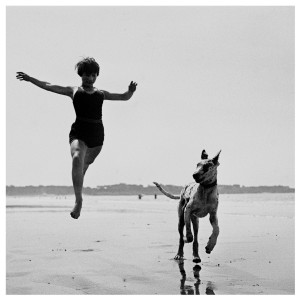 In 2017, Simon Raymonde and Richie Thomas had both abstained from making music for 20 years until they united as Lost Horizons and released a stunning debut album, Ojalá - the Spanish word for “hopefully” or “God willing.”

“These days, we need hope more than ever, for a better world.” Thomas said at the time. “And this album has given me a lot of hope. To reconnect with music.... And the hope for another Lost Horizons record!”

Thomas’ hopes had a mixed response. On the plus side, the new Lost Horizons album In Quiet Moments is an even stronger successor to Ojalá with another distinguished cast of guest singers and a handful of supporting instrumentalists embellishing the core duo’s gorgeously free-flowing and loose-limbed blueprint that one writer astutely labelled, “melancholy-delia.”

On the minus side, any hope for a better world, as Earth continues to freefall toward political and social meltdown. Then, to make matters worse, as Raymonde and Thomas buckled down to create the improvised bedrock that Lost Horizons is built on, the former’s mother died. At least Raymonde had a way to channel his grief. “The way improvisation works,” he says, “it’s just what’s going on with your body at the time, to let it out.”

Raymonde (bass, guitar, keyboards, production) and Thomas (drums, occasional keys and guitar) forged ahead, creating 16 instrumental tracks to send to prospective guests. When he did, Raymonde suggested a guiding theme for their lyrics: “Death and rebirth. Of loved ones, of ideals, at an age when many artists that have inspired us are also dead, and the planet isn’t far behind. But I also said, ‘The most important part is to just do your own thing, and have fun.”

And then Covid-19 hit. Half of In Quiet Moments’ lyrics were written after lockdown, but Raymonde saw a silver lining: people were slowing down and taking stock of their lives. Hearing a lyric written by veteran singer Ural Thomas, known as “Portland's Pillar of Soul", who fronts the title track, Raymonde singled out the phrase “in quiet moments” and made it the album title. “It just made sense,” he says. “This moment of contemplation in life is really beautiful. The title also went with the album cover, a photograph by Jacques-Henri Lartigue from the 1940s of a woman and dog on a beach, captured as if in flight.”

Barry says: There are a frankly dazzling array of guests on this beautiful collection of slow-motion psychedelic drifts from Raymonde & Thomas, and each one seem to effortlessly glide into the instrumental core of ambient swells and subtle strings. A perfect tonic to the strains of a day.