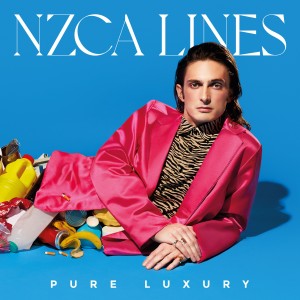 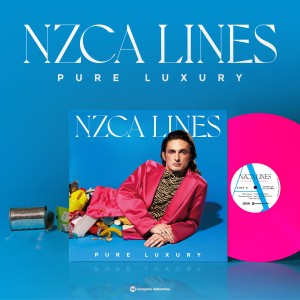 Written and produced almost entirely by Lovett, yet featuring a wide range of collaborators, Pure Luxury revels in both the insular – the sound of one man processing anxiety-inducing world events - and the communal. It is a record of diverse styles, voices and textures, expanding the musical universe of Lovett’s previous albums whilst cementing his own playful voice with an inescapable sense of joy and excitement.

Tired of the now over-familiar sound of Big Analog Synths and words like glacial, austere, and wistful, he set out with one clear intention: to be Extra. Extra is the governing musical direction on Pure Luxury, accepting that we live in a world of dwindling attention spans whilst acknowledging that traditional notions of accessible musical form are fast becoming irrelevant in a world of online streaming. Simply put, Lovett says, “I didn’t see the point in pulling punches and restraining myself. We are able to access a near-infinite stream of music that we might like based on what we already listen to; it’s an inspirational cul-de-sac. I couldn’t afford to feel like I was making something that sounded boring”.

The notion of being Extra is perhaps best encapsulated by the frenetic title track. Written in New York during a freak February heatwave, Pure Luxury is a response to the notions of luxury, status, and the insanity of pursuing material wealth in the face of environmental catastrophe. Lovett takes us on a technicolour joyride dripping with sarcasm, a hyped-up version of 21st century excess where gold trim hides rotten plywood facades, muscle cars are bought with credit cards and barbed wire fences separate luxury resorts from the slums beyond their walls.

Indeed, perhaps that’s what we need most when the world seems to be falling apart. Tomorrow might be scaring the hell out of us, but, as Lovett reminds us on the album’s closing track, “Tonight is all that really matters, as long as we keep dancing”.

Barry says: NZCA Lines is the music from the scene in the movie where everyone takes loads of drugs and goes crazy, throwing up and fighting and jumping off ill-advised floors into barely-there swimming pools. It's green cocktails spilling onto a flashing dancefloor and bass drums paling in comparison to glittering arps and sidechained throbs.