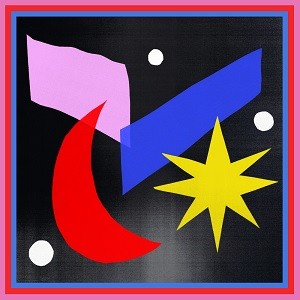 James Alexander Bright's music is as visual a voyage as it is a sonic one; a kaleidoscope of colours that swirl, swoon, soar and sing. Stepping into his musical world is a multi-sensory experience, one where smooth grooves, wonky rhythms, dreamy melodies and immersive atmospheres coalesce to form their own sphere. “Sound as vision,” says Bright of the audio aesthetic he relates to and aims for. “Music you can bite into.”

Based in the Hampshire countryside and an illustrator by day, Bright’s world is often a dual one but one where elements overlap and inform one another. “I spend a lot of my day creating things visually and everyday life can be an assault on the senses, ”says Bright.“ Evening is my quiet time; time for my ears. Invariably I’m inspired by the things that people and creatures do in the dark.

”This creative duality extends beyond just the visual and the music too. It’s found deep rooted in the music itself, which explores a mix between lo-fi and hi-fi, possessing an intimate bedroom recording-like quality but with production that sounds glowing and golden. Similarly, the sunny sheen found in the music-via a kind of psychedelic pop meets electronic soul-is one born from dichotomy.“I feel at home in the deep south of England,” he says. “I’m in the middle of nowhere with lots of green land, fresh air and head space. I feel like the sunshine in the South in the summer months really reflects in my music. However, I tend to make music in the dark hours and winter months, so it’s almost like the music is my sunshine and happy place in these moments.

”The end result is also an album that exists in a dual world, one that at times has enough bounce and buoyancy to fill a dance floor-as on the disco funk strutting “Lead Me Astray”- and others feels perfectly suited to introspective headphone listening as on the breezy, woozy ambience of “Cala Llenya”.The latter track pays tribute to the Ibiza beach of the same name, whereas “Dancing with the Birds”- a delicate exploration of pastoral folk-is a nod to one of Britain’s most beloved treasures. “It’s based on a late night walk having just watched a David Attenborough documentary, featuring these beautiful birds that have a crazy mating dance. I love his documentaries and I was listening to a lot of Bert Jansch. The next night I had this vision of dancing birds come into my mind.

”Elsewhere Headroom touches upon, in Bright’s own words, 60’s sunshine doo-wop, mutant disco, and mystic mountain top vibes. It’s an album that explores a great deal yet even amidst its dualities it retains a sense of cohesion throughout. It’s a mixture that Bright feels pleased to have managed to juggle so seamlessly. “I think there is a good balance around experimentation on the record-a nice mix between fun and substance.”