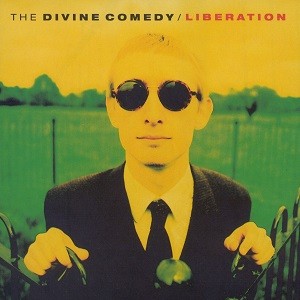 In 1990 Neil Hannon started recording and releasing under the name The Divine Comedy. Thirty years and twelve great albums later, Hannon is rightly adjudged one of the finest singer songwriters of his generation. To celebrate, Divine Comedy Records are remastering and reissuing nine of the band's classic albums. The reissues will be released by Neil’s own label Divine Comedy Records.

Liberation was the band’s first full album. Released in 1993 it achieved few sales but plenty of critical acclaim. The NME described it as “an array of seductive yarns.. glorious, gleeful tunesmanship."  Dave Cavanagh, writing in Select said "..one of the bountiful, overflowing joys of the year. Any year." Melody Maker described it as "An album that could make any listener want to stumble up to him and proclaim ‘Neil, you’re a genius’". Tracks such as Your Daddy's Car, Europop, and Lucy are fan favourites still performed live by the band to this day while Pop Singers Fear Of The Pollen Count was released as a single from the 1999 "Best Of.“