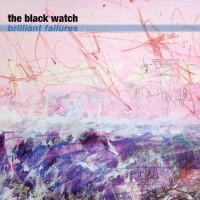 “One of music’s most perfect and unheralded rock outfits” – Magnet Magazine John Andrew Fredrick has written and released seventeen the black watch albums of sparkling, literate, jangly-distorted indie rock since the LA band’s inception in 1988 (as well as four works of comedic literary fiction and one book on the early films of Wes Anderson). For this record Fredrick had the idea of letting producer-friends Scott Campbell, Rob Campanella (producer for The Brian Jonestown Massacre, Beachwood Sparks, Dead Meadow) and Andy Creighton be his band and record the album. “I have had, I think, too much control, musically speaking, in the past.’ Fredrick says, “And the thought of experimenting this way was really thrilling.” The result was far from a failure, in fact this approach may have yielded TBW’s best album in years.

"The Creation band Alan McGee never signed!"--Stereoembers “Should’ve become a household name a long time ago” – USA Today "Bright but with dark undercurrents, brainy but not pretentious, the music here on the new album from The Black Watch is proof that some Americans have a knack for this sort of thing. Full of big and bold music, The Gospel According to John is a record of luminous beauty in spots."--A Pessimist is Never Disappointed “Sounds like the holy union of Guided By Voices, The Wedding Present and any number of New Zealand pop heroes. In other words, it sounds truly indie: immediate, honest and just-enough lovingly rough” – Buzzbands L.A.