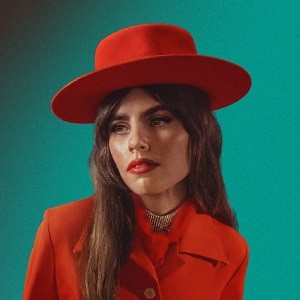 Wake UP! is the debut album from Californian-based singer songwriter Hazel English. It features the 60s psych-influenced single Shaking, written by Hazel and frequent collaborator Blake Stranathan (Lana Del Rey) as well as timeless dream-pop tunes Off My Mind and Five And Dime. The album was recorded over a two year period and made in LA with super-producer Justin Raisen (Sky Ferreira, Charli XCX, Angel Olsen) and in Atlanta with Ben H. Allen (Deerhunter, M.I.A, Animal Collective).

Born Like
Shaking
Wake UP!
Off My Mind
Combat
Five And Dime
Like A Drug
Waiting
Milk And Honey
Work It Out