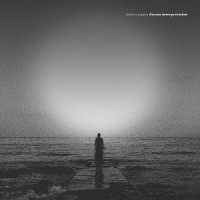 ‘There are dreams that I still remember. Although it has been decades since I had those dreams, they continue to pulsate, circulating their pellucid blood, vital and fresh as if dreamt just last night’. Singing bowls, bronze bells and gongs resonate through the mindful layers of Japanese percussionist and ambient producer Kazuya Nagaya’s music. In Zen Buddhism, bells are believed to wash away the cares of the mortal world, as the listener follows the resonance of the bell into the silence and stillness within all beings. It is a penetration into the depths of one’s self.

Nagaya’s music is rooted in Buddhist (Zenzhu) philosophy and sensibilities unique to Japan. Concurrently, his work and interests are also contemporary and traverse a broad spectrum of cultures. ‘There are dreams that I still remember. Although it has been decades since I had those dreams, they continue to pulsate, circulating their pellucid blood, vital and fresh as if dreamt just last night. There is one thing I have known all along. Someday I will have to face the messages from my unconscious. I will have to decipher their meaning and change my life accordingly. The messages from my unconscious are like a knocking on the door of my mind. For many years the sound reverberated, but I payed it no attention’

Nagaya started out to pursue his talents in literature and is also an award-winning writer and a connoisseur on Japanese Literature, Buddhist Folktales and Zen Philosophical Works. These interests breathed life into his music, and the sensibilities and philosophical views which he developed during his literary years are now reflected in most of his music today. He spends half the week teaching courses at his University in Tokyo, and the other half composing and writing in his home in the Japanese Alps, where he resides with his wife, and many adopted cats and dogs. ‘Dream Interpretations’ was composed at a difficult time in Nagaya’s life. While he worked, he listened closely to the sound of the knocking that reverberated from the paths of his unconsciousness and transformed that into music. In other words, this music is his dream interpretation.

Barry says: A beautifully rich and hypnotic combination of traditional Japanese percussion, Buddhist bells and ambient beauty ripple through Naguya's work, which remains in motion without ever feeling hurried. Not entirely ambient, but thoroughly relaxed and wildly transcendent. Just listen.