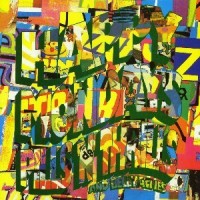 Happy Mondays formed in 1980 and were signed by Tony Wilson to Factory Records. While their first album 'Squirrel And G-Man' had been all ramshackle ramblings and jarring grooves, by their second album 'Bummed' they were already showing signs of what was to come on 'Pills and Thrills' with off kilter funky grooves carrying Sean's sneering nonsensicle lyrics.

By 1990, 'Madchester' was in full swing, this was the time of the indie-dance crossover. Previously there had been a very distinct line drawn between these two genre's which was rarely (if ever) crossed, but rave culture and Ecstacy had erased such rigid barriers and with DJ Paul Oakenfold more dancefloor orientated production, the Mondays embraced this change and added loose (ok, yes, baggy) psychedelic grooves to their uncompromising lyrics and shady tales. This album (along with Primal Scream's 'Screamadelica') came to defined this indie-funk-psych-rave melding of genres and hedonistic scene perfectly.