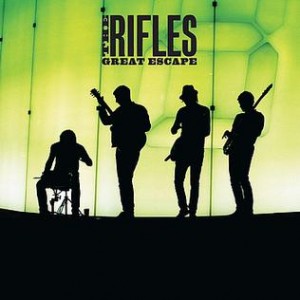 Originally released in 2009, The Rifles second studio album 'Great Escape' is being re-issued on limited edition double heavyweight coloured vinyl and 2 disc CD. It features eight bonus tracks, some of which have never been released before on vinyl.

The album is being released alongside close to sold out 'The Great Escape' tour in October & November 2019, celebrating 10 years of the album. The original release from 26 January 2009 now has over 38 thousand copies sold in the UK, and was produced by Dave McCracken and Stan "Jan" Kybert. The Rifles used Dave Davies' (The Kinks) Konk Studios in Crouch End, Dan Hawkins' (The Darkness) studio Leeders Farm, and "The Pool" in Miloco Studios to record the album.