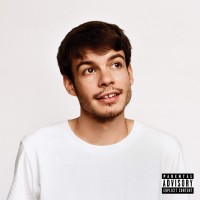 The album was written, recorded, and performed almost entirely by Rex himself at Strongroom Studios in East London with frequent collaborator Ben Baptie co-producing, engineering and mixing the album.

Pony includes "10/10", which Rolling Stone called "triumphant" and a "song you need to know" and Rex was described by Wonderland as "fast becoming a national treasure..."

The album follows standout performances at a handful of major festivals this year, including UK's Glastonbury (where he first debuted "10/10"), Paris' We Love Green, Berlin's Lollapalooza, and Australia's Laneway Festival.