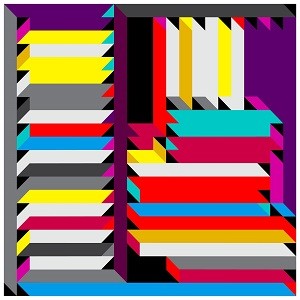 Battles return with their fourth album "Juice B Crypts" on Warp Records to follow their complex, mind-bending predecessors "Mirrored", "Gloss Drop, Dross Glop" and "La Di Da Di". Their latest album is a sensory overload of information that throws everything you thought you knew about Battles into flux once again. John Stanier's percussive power drives the LP through motorik, jazz and post rock, while the cubist keyboard and guitar melodies of Ian Williams capture the fractal pop majesty the group have made their own over the past decade or so.

Barry says: While Battles' previous outing definitely tread more through the math rock spectrum, and sometimes suffered cohesion losses through it's jagged momentum, 'Juice B Crypts'leans slightly more towards the free-jazz end of things, with loungey grooves and deep rolling basses keeping a solid backline behind their characteristic madness.