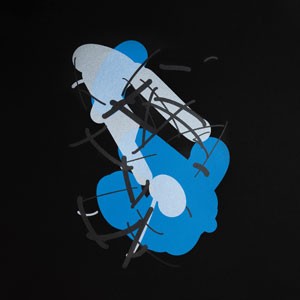 Chain Tripping — the band’s seventh LP and third for DFA —was recorded between Marfa, Texas and the band’s home in Los Angeles. The ten songs are unlike anything YACHT has ever made: pop experiments from a sideways dimension coaxed into their studio through a portal opened by machine intelligence.

“AI and Machine Learning represent a revolution in music equivalent to the introduction of the synthesizer or the beginning of laptop music. We’ve been a band long enough to watch technology overwrite our assumptions many times, and felt compelled to bring these new tools into our life,” explains YACHT.

YACHT (an acronym for “Young Americans Challenging High Technology”) is Claire L. Evans, Jona Bechtolt, and Rob Kieswetter. For "Chain Tripping", the trio invented their own working method, at the intersection of DIY and high-tech: they used neural networks to break their patterns apart into infinite variations, which they re-assembled into new songs that they then learned, performed, and recorded live. Rather than rely on any single tool, they brought together several distinct AI processes to generate lyrics (Char-RNN), musical data (MusicVAE), raw audio (SampleRNN), and instrumentation (a “neural synthesizer” called the NSynth). They were inspired by the long history of generative composition, from William S. Burroughs’ cut-up writing method to David Bowie’s custom “Verbasizer” lyrics software from the ‘90s.