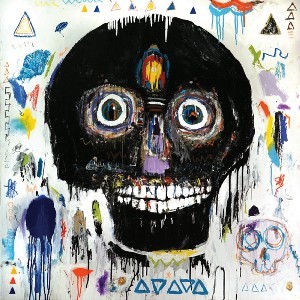 The ethos of London-based indie label Fuzz Club is a desire to uncover and celebrate the best in fuzz, reverb and drone from every corner of the globe. As well as via their extensive back-catalogue and their Fuzz Club Eindhoven festival, one such particular medium through which they do this is their annual Reverb Conspiracy compilation albums. Where the first five volumes were hailed as a Nuggets-like documentation of the European psych scene, Reverb Conspiracy Vol 6 sees the compilation go global: bringing together bands from South Africa, Australia, the USA, Germany, Brazil, the UK, Italy and Russia.

Amongst a number of the label’s own bands – including Medicine Boy’s shadowy noise-pop (DE) and Nest Egg’s motorik “mood music for nihilists” (US), plus Steeple Remove’s dub-inflected post-punk (FR) and Crimen’s heady, repetitive psych-rock (IT) – there is Aussie garage-psych outfit Nice Biscuit, an exclusive cut of Bikini Kill-meets-Oh Sees noise from Julia Robert (SA), as well as lo-fi garage-pop from Super Paradise (UK) and the double-barreled psych-blues wig-outs of Frankie & The Witch Fingers (US). In the compilations darker moments, though, there is the hypnotically face-melting “space-surf” of Japanese Television (UK), goth-tinged post-punk from Float (UK), murky psychedelic stoner-rock from Brazil’s Firefriend, relentlessly driving krautrock courtesy of Verstärker (USA), the heavy space-rock drones of Psychic Lemon (UK) and Moscow’s Selbram, who deal in a jagged alt-rock sound that takes its cues from No Wave, psych and the “pulse and noise” of city life.

Barry says: You don't get on to the 6th instalment of your compilation without doing something right, and this outing from Fuzz Club's Reverb Conspiracy is a perfect lesson in how to smash out a great comp. Stuff you've never heard of, varied in both tone and drive, fitted together excellently and at a great price. What more could you want?