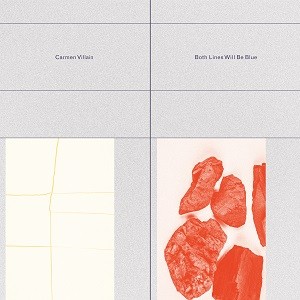 Following 2017’s Infinite Avenue and 2013’s Sleeper, Both Lines Will Be Blue is Carmen’s first full instrumental album. A 7 track collection of cosmic excursions and dubby ambient-jams, the album is written, recorded, played, produced and mixed by Carmen in her Oslo studio. The soothing atmospherics are made up of tapestries of field recordings, synths, piano, drum-programming, zither and modular sounds. Throughout, Carmen’s music is colored by experimenting with different sounds and learning new techniques or by adding new instruments to the mix

"I’ve been playing around with instrumentals for a long time, and it was something I wanted to do more with after I finished Infinite Avenue,” says Carmen. “Leaving out my voice and lyrics got me out of my own head a bit, which I needed. Working with sound is to me the ultimate meditation and is a more unconscious way of expressing whatever is going on inside.”

The flute, played by Chilenean-Norwegian Johanna Scheie Orellana (formerly of Sassy 009), is a central part of this new album. Carmen got her in to the studio to both record melodies that she had written, as well as making plenty of room for impro/freeform. Prins Thomas also appears on the record, playing percussion on “I Could Sit Here All Day.”

“I made this track based on a Roland SH-101 sequence run through various processing,” says Villain. “The whole thing came together kind of like a jam, I wrote the flute in one take, and it just felt right. I wanted real flute on this, so asked Johanna if she'd like to come in, and we've been collaborating ever since.”

1.Observable Future
2. Are You For Real
3. Type
4. I Trust You
5. I Could Sit Here All Day
6. Sometimes I Love You Forever
7. Impossible Color