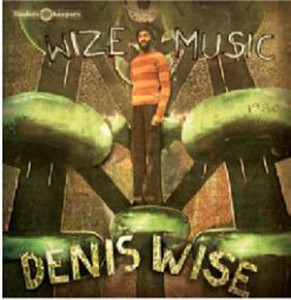 Perhaps one of the most unique and unlikely exponents of the highly collectible genres of ambient electronics, experimental tape-music and PINA (Private Issue New Age), this English-born Jamaican raised sound designer, artist and existentialist furrowed his own unblinkered path through lesser chartered electronic fields for many moons before eventually teaming up with Bill Laswell (with Material) and Daevid Allen in New York to bring self-taught synthesis to Gong during their most oblique periods.

Presented here as the first ever dedicated Wize Music collection this record combines compositions spanning 1979-1984 in both a solo capacity as well as small group projects featuring members of the Emerald Web band.

Imagine a comic book where a Funkenstein monster called ‘Laraaji-Scratch Perry’ invaded your record shelf while Komendarek and Holger Czukay kept lookout... Dr. Dennis might be the only one Wise enough to outsmart all of them with his powerful amorphous anaesthetic.