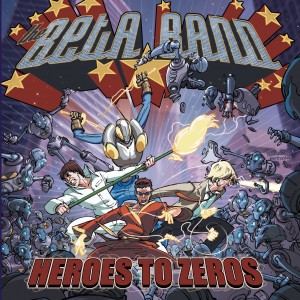 “Heroes to Zeros” is the third and final studio album by The Beta Band released in 2004. It was mixed by famed producer Nigel Godrich and rose to number 18 in the UK charts.