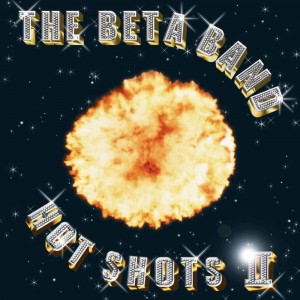 After a short hiatus the band gradually gravitated back into the studio and recruited noted UK producer Colin Emmanuel, aka C-Swing, to oversee the process of “Hot Shots II” which was released in mid 2001. Notoriously the band had intended to release "Squares", which featured a sample from the Günter Kallmann Choir's 1970 version of Wallace Collection's "Daydream", as the lead single. However after filming the music video and taking the single to radio it suddenly transpired that another single "Daydream in Blue" by I Monster featuring the sample from Günter Kallmann Choir recording was also to be released at the same time causing the band to release "Broke" instead. Touring extensively and supporting Radiohead in August 2002, they made No. 3 on Q magazine's list of "50 Bands to See Before You Die".

The Beta BandHeroes To Zeros