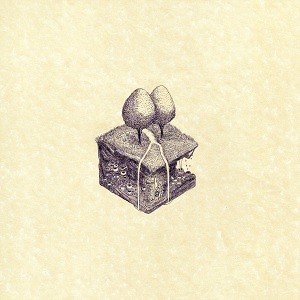 Kiran Leonard is a 22 year old musician from Saddleworth, Greater Manchester. Debut album proper Bowler Hat Soup (2014) and follow-up Grapefruit (2016) were both recorded at home, with Kiran playing virtually every instrument himself. Dervaun Seraun (2017), a concept album in five movements inspired by five pieces of literature and arranged for piano, strings and voice, was an ambitious departure from his usual sound.

Western Culture now sees him return to the signature sound of his first two records, yet marks a huge sonic progression thanks to the involvement of his venerable live band on record for the first time, as well as being the first to have been made in a professional studio (Old Granada Studios in central Manchester). Please read on for Kiran's statement on the record, discussing the themes within.

I like the phrase “WESTERN CULTURE” very much because it is a resounding clang from a hollow vessel, connoting so much (grandeur; authority; hostility) without possessing a concrete meaning in of itself. What does ‘western culture’ consist of? This question changes shape depending on who is speaking: e.g., ’culture’ is constantly evolving and autonomous, rapidly reacting to and altering the present in which it unfolds, but is simultaneously regarded as something static and possessed, corresponding roughly to ‘tradition’ or ‘heritage’, something people can call on when the world seems precarious and alien and antagonistic. And so very often when we talk about culture, we reveal our personal conceptions of world events and of what is to be done.

"“WESTERN CULTURE” — these heavy phrases without substance are of great importance because they are easily manipulatable agents with the potential to sustain great impact on the real world. Not every issue stems from language, and sometimes we allow our discourses to replace real things, which belittles violence and misunderstands the very real violence that phrases inflict. But I wanted to write about the relationship between the two, and show how a lot of very real brutality is distorted and justified by how we choose to depict it.

"In part, then, it is a response to brutality. We seem inundated by a brutality beyond our comprehension: the kind of nationalisms and capital, and the brutality of not knowing. The latter is particularly damaging because it is so difficult to oppose what you can’t understand/articulate. I wrote this record about all this not because I wanted the real world to be eclipsed (that is; I didn’t want to self-absorbedly change a problem of violence into one of self-expression) but because I don’t understand any of this, and the struggle to depict the world and lived experience in a more truthful way is waged discursively.

"Process of understanding; process of recognising perspectives beyond your own, and the historical, political forces of imbalance that engender them. I am interested in where songs might fit into all this; I think that it might be a valid means of approaching an articulation of violence, but I also suspect there is something totally absurd about the whole venture."

1. The Universe Out There Knows No Smile
2. Paralysed Force
3. Working People
4. An Easel
5. Legacy Of Neglect
6. Now Then
7. Unreflective Life
8. Shuddering Instance
9. Exactitude And Science
10. Suspension

Charles WatsonNow That I'm A River