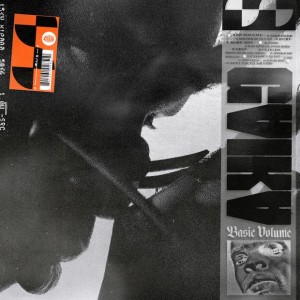 Gaika presents his debut album, "Basic Volume" after captivating listeners with a blistering pair of acclaimed, self-released mixtapes "Machine" and "Security" and the Warp-released EPs "Spaghetto" and "The Spectacular Empire". The 15 track collection is co-produced by Gaika, with additional production from similarly forward thinking contemporaries, including SOPHIE, Dutch E Germ, Dre Skull and DADRAS, Aart as well as previous collaborators including Jam City, Nick Leon and Frank Ocean’s "Blonde" and "Endless" collaborator Buddy Ross. Speaking about the album, Gaika says, “Basic Volume" is collection of alchemical parables for all the Immigrants who wander the earth in search of themselves”