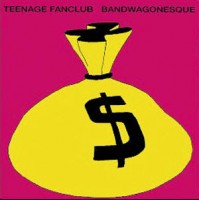 Originally released on Creation Records, this long out of print classic has been re-mastered for the first time from the original tapes at Abbey Road Studios, London under the guidance of the band, Norman Blake, Gerard Love, and Raymond McGinley. Packaged in a faithful re-production of the original vinyl artwork and available on heavyweight 180g single vinyl.

This is one of a series of five releases, and for each the band have also selected rarities, favourites and tracks previously unavailable on vinyl to include on a 7” with each album. These 7” singles each feature two tracks and are only available with the initial pressing of each album.

Andy says: The Fannies' masterpiece (actually their second album, proper) exploded onto the scene in 1991, blowing away the cobwebs of bogus Baggy and insipid Shoegaze with a devil-may-care attitude and a hearty lifting of classic 70's rock riffing and tuneage. It's still amazing, and timeless today!